CANopen, a kind of communication protocols, is based on the intelligent field bus (CAN bus). It was developed as a standardized embedded network with highly flexible configuration capabilities.

ICPDAS 8000 Series I/O Unit CAN-8423 main control unit is specially designed for the slave device of CANopen protocol. It follows the CANopen Spec DS-301 V4.02 and DSP-401 V2.1, and supplies many features for users, such as dynamic PDO, EMCY object, error output value, SYNC cyclic and acyclic, … and etc.

User can choose DI/DO/AI/AO modules of I-87K series or I-8000 series to fit the customized practice applications. In addition, we also provide CAN-8423 Utility to allow users to create the EDS file dynamically. The EDS file is based on CANopen DSP-306 and can be compatible with different CANopen master interfaces. The application architecture is as follows.

ICPDAS 8000 Series I/O Unit CAN-8423 can automatically scan the I-8K/I-87K IO modules plugged in the main unit and assigned these modules to the specific application. Before users apply the CAN-8423 in CANopen applications, they must understand the relationship between these CANopen application and device object dictionary in ICPDAS 8000 Series I/O Unit CAN-8423.
We also provide the CAN-8423 Utility tool to allow users to make the configuration of AI/AO modules and some CANopen communication parameters, such as Rx and Tx PDO mapping, error control, and device object dictionary. After finishing the Utility configuration, it will create the EDS file for the connected CAN-8423 device. Furthermore, the EDS file of the ICPDAS 8000 Series I/O Unit CAN-8423 is not needed for the application, user can use the default configuration for general DI/DO/AI/AO. And users only need to set the Node ID and baud by hardware rotary switch. Then, after wire connection and the CAN-8x23 powered on, it can work normally on the CAN bus network through CANopen protocol. 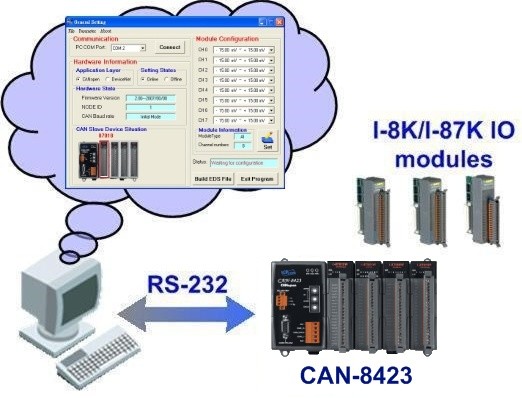 The following simple steps show how to use ICPDAS 8000 Series I/O Unit CAN-8423 in the CANopen protocol. 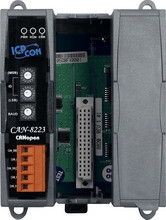 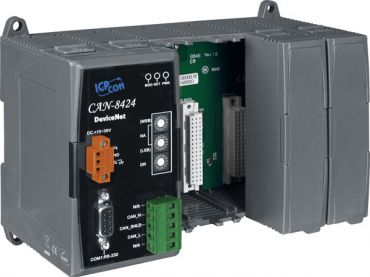